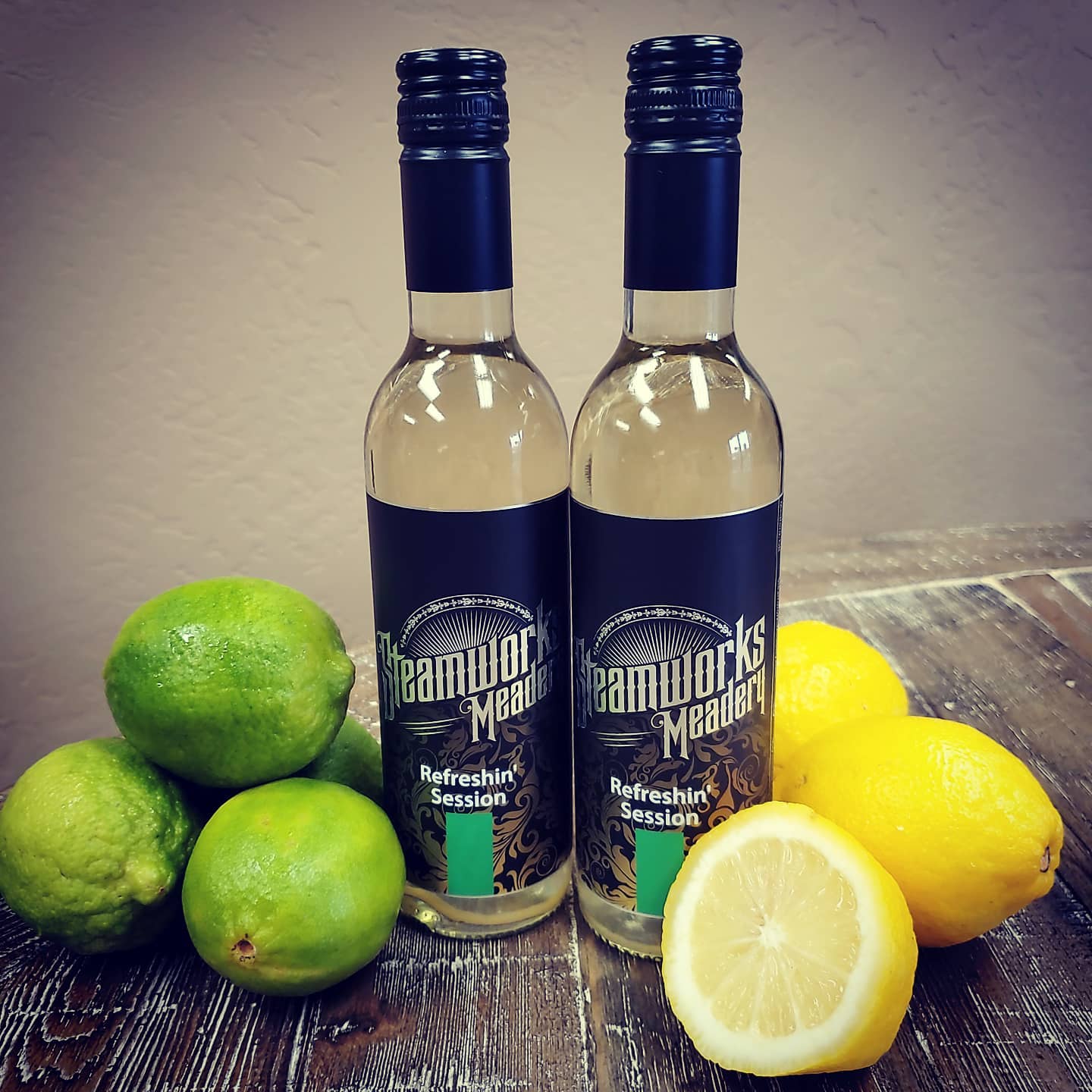 Mead is one of Peter Paulsen’s favorite drinks, and eventually, his passion for this extraordinary libation turned into a full-fledged business.

His craft brings one of the most historic alcohols into the modern era, and puts it in the spotlight alongside other craft beverages in the Rogue Valley.

Brewing Up a Plan

Peter has lived in Southern Oregon for about seven years, and prior to that, resided in Washington state.

“Growing up, I lived on a tourist-focused island. I liked how there was a lot happening in the summer and it was quiet in the winter,” he explained. “I saw a similar vibe in Southern Oregon and was drawn to the area.”

When Peter moved to the Rogue Valley, he desired to open a business, but hadn’t decided what that would be yet. Little did he know, his love of mead would play such an important role in his future.

“I used to travel through Canada, which has a lot of great meaderies,” he said. “When I moved down here, there wasn’t much mead for sale, so I decided to make my own.”

Peter made his own mead for about three years before making it his career. “At that time my garage was full of equipment and I was brewing in five gallon glass containers, usually a couple batches at a time.”

On January 4, 2019, Steamworks Meadery held its grand opening in Phoenix.

When he opened the meadery, Peter wanted to create a fun and welcoming space for his customers.

“I wanted a cool place where people could hang out, chill, and relax with a glass of mead. That’s why I have board games there for people who want to game with their buddies on a weekend afternoon,” he added.

The tasting room is also his production area, so it serves multiple purposes. He likes that it allows people to see the equipment and how everything works.

“People really like to watch the equipment. They see 200 gallon tanks and find it interesting. It allows them to ask questions about the process and I can just point over and show them,” he said.

Peter also enjoys educating customers about what mead is, and introducing people to a new drink.

“Mead is one of the oldest and little-known alcohols out there. It’s something that Vikings and kings would drink, but nowadays it’s obscure. But you can’t go wrong with something a Viking would put in their drinking horn after a battle,” explained Peter.

When it comes to the taste of mead, Peter says people often compare it to a mix of cider and wine.

“It’s a honey-based drink, and ours is a little dryer than most ciders and sweeter than most wines, but not as sweet as a dessert wine,” he said.

When people are new to mead or unsure what they want, Peter directs them to Steamworks’ Orange Blossom mead.

“It’s right in the middle of the road for sweetness and it’s very traditional — just water, honey and yeast. This is a classic mead before any fruit or spices are added,” he explained.

Additionally, Peter loves to test new flavors and recipes. “I usually have a big list of ideas to try. I’ll start with a basic recipe and add in a new fruit juice or flavor. If it turns out well, then I’ll invest the time in a full batch,” he said.

Mead Welcomed by the Community

Peter is happy that Steamworks Meadery has found a home in Phoenix, and has received a lot of great support from the local community.

“The numbers were good before the pandemic. I had a lot of regulars come in because mead is such a unique thing to begin with,” he said.

Fortunately, Peter said the pandemic hasn’t changed things too much. “I still get people coming in with their friends and families to try a bottle of mead,” he explained.