A New Beginning for Phoenix: Rebuilding and Rising from the Ashes 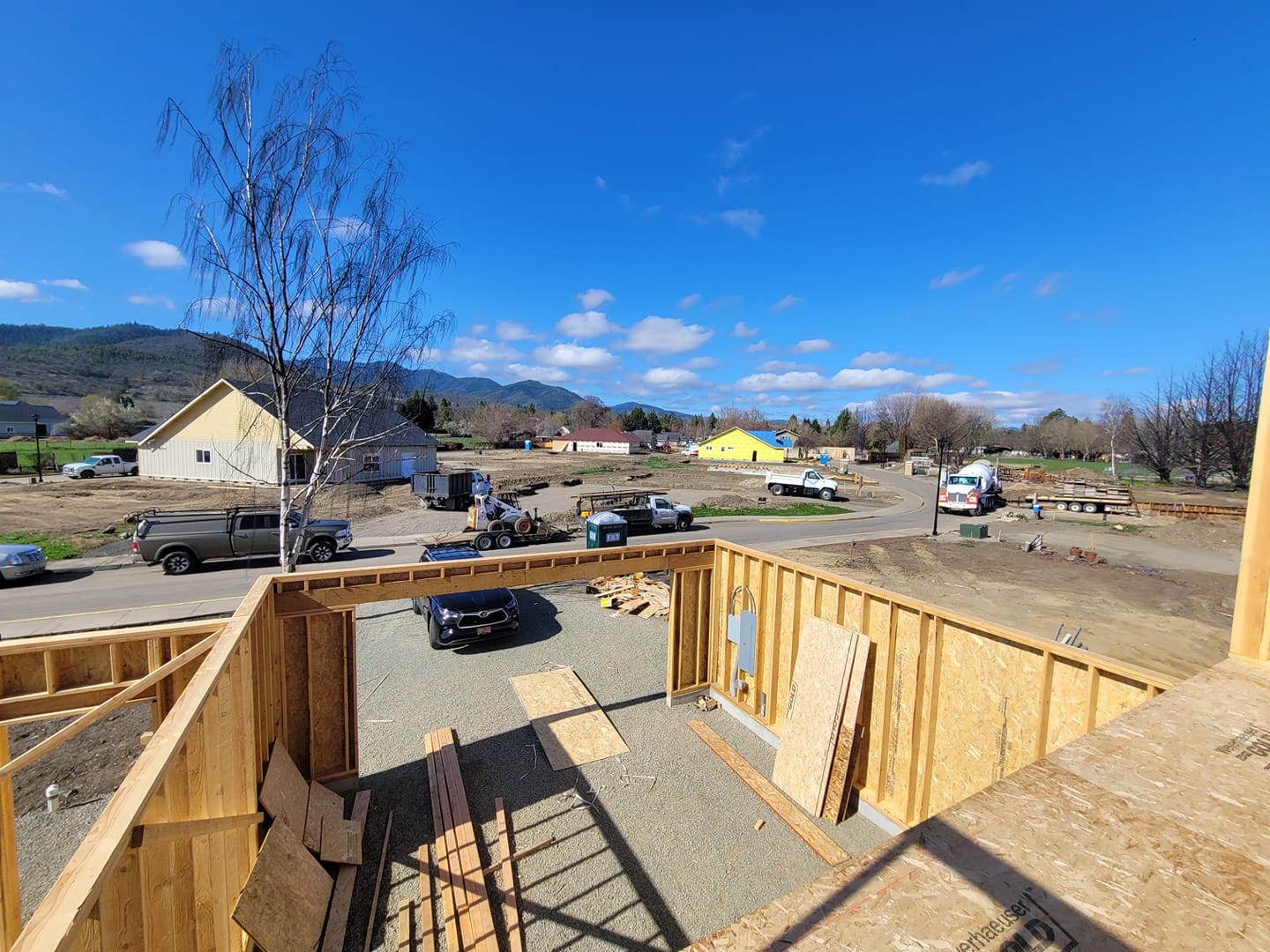 Phoenix is Jennifer Harper’s home. She’s lived there for almost 18 years in the same house on Samuel Lane Loop Road, near Colver Park.

Jennifer is a local entrepreneur and owns Southern Oregon Disability and Consulting. She has raised her three children in Phoenix, and they all attended Phoenix/Talent schools. Her daughter is currently a senior at Phoenix High School and her son attends 8th grade in Talent.

Last September when the Almeda Fire tore through the Rogue Valley, Jennifer and her family were among those who lost their homes.

“The fire destroyed the house, but we are rebuilding,” said Jennifer. Currently renting in Medford, Jennifer has been a driving force in the effort to rebuild Phoenix.

After the fire, Jennifer said she and her neighbors met to determine what they should do next.

“I also planned a meeting with then-Mayor Chris Luz, FEMA, the City Council, and the City Planning Commission. I wanted to know what was coming,” she explained. Jennifer invited her neighbors to attend and learn what their options were.

Afterward, and not wanting to wait on other agencies, Jennifer took the reins. “I researched, asked questions, called agencies, and met with FEMA at the town center.”

As she learned more, Jennifer created a Facebook page for her neighborhood to present them with different options and updates.

Jennifer’s continued tenacity paid off. “There are 24 homes in our community, and 23 are cleaned up and re-building as we speak. One lot that hasn’t been cleaned up yet is owned by people out of the area, but we’re trying to reach them,” she added.

Even though she’s lived in the same house for many years, Jennifer admitted she’d never met some of her neighbors. For her, the upside of the fire was that it brought everyone closer and built a strong neighborly bond. They still hold monthly Zoom meetings to discuss what’s happening in the neighborhood.

As the months have passed, Jennnifer kept the momentum going and continues to help her community rebuild.

She recently applied for funds from a program sponsored by Lowe’s, and also participates in the Zone Captain Project, which started in Talent.

“During a Zoom meeting, Tucker Teutsch, one of the program creators, reached out and wanted to meet me because no one from Phoenix was involved. So I became a Zone Captain!” Jennifer said, adding the program is actively recruiting more volunteers.

The Zone Captains engage in a variety of volunteer activities, including reaching out to people in the neighborhood, making phone calls, and obtaining new or updated information. They also lead community projects such as planting new trees and greenery in areas impacted by the fire.

Additionally, Jennifer started Phoenix Rising Fire Relief — a local organization based on the beautiful mural painted a few days after the Almeda Fire.

“We sell t-shirts, sweatshirts and other swag with the Phoenix Rising graphic on it, to help people displaced by the fire. All the profits from the clothing go to fire victims,” she explained.

Even with positive momentum building since last September, Jennifer and other community members felt something was missing.

“In Phoenix especially, we didn’t feel like our local government was talking to us as a community. Many people were moving away or weren’t informed about available resources,” she said.

To get this information out and help people feel included in the process, South Valley Community Action Group is hosting a virtual Town Hall meeting on April 29, 2021 at 6 p.m.

This is an opportunity to ask questions, learn about Almeda Fire recovery efforts, and engage with other community members. To attend, use this link and register prior to April 29th.

The panel of speakers includes:

In addition to giving the community current information about the fire recovery, one of the goals of the meeting is to let people know they are not alone in this process and that there’s hope to rebuild Phoenix.

The Power Of Community

A love for Phoenix is the motivation behind all of Jennifer’s endeavors.

She believes that more than anything, you have to give people hope and encourage them to lean on their neighbors.

“I love Phoenix. Phoenix is not Talent. It’s not Medford. It’s not Ashland. It has its own feel, like every town does,” Jennifer explained. “I love the mix of people in our community; that’s the part I want to save the most. Whatever I can do in my power to help people stay or come back, I want to do it.”