Destined For Cheese: Origins Of The Oregon Cheese Cave 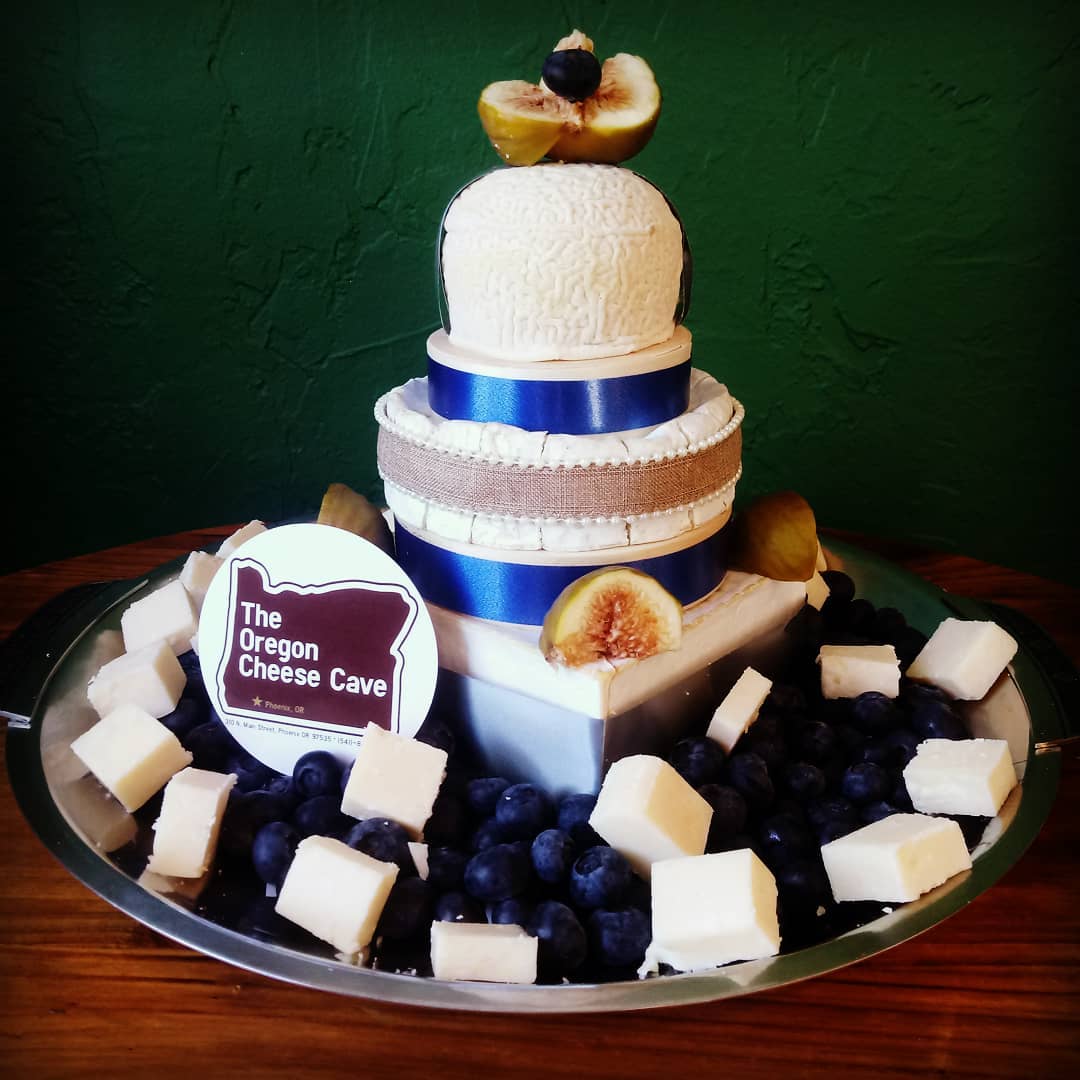 Originally from Normandy — the dairyland of France — Melodie Picard, owner of The Oregon Cheese Cave, jokes that she is made of cheese and butter.

“Being French and from Normandy, cheese, milk and dairy has always been an important part of my life,” she said.

Melodie grew up and lived in France for 20 years before moving to the United States with dreams of becoming a Hollywood actress.

After attending college, she moved to Los Angeles to pursue acting. “When that fizzled out, I worked for a friend in the wine industry and made cheese boards for them.”

Melodie was later employed at the Santa Monica Co-op, just when the trend of gourmet foods in grocery stores took off. That was when she discovered her true calling.

Planting Roots in the Rogue Valley

Almost eight years ago, during her second year at the Santa Monica Co-op, Melodie and her husband decided to start a family. They wanted to move somewhere more quiet, family-friendly and outdoor-oriented.

After seeing pictures of the Rogue Valley, and intrigued by the region’s growing wine culture, Melodie and her husband moved to Southern Oregon.

Melodie then worked for a Southern Oregon winery, where she had the opportunity to explore the entire valley and local wine industry.

“It was cool to see all the small businesses and family-owned vineyards,” she said.

Eventually, Melodie desired to do something more independent, but there weren’t many options around. To solve this problem, she opened The Oregon Cheese Cave in 2018.

“It shocked people. They would ask, ‘You opened a what, where?’” she said, laughing.

“But the Rogue Valley had developed so much over the years — embracing wineries, breweries, farming, and other fun stuff. People were supporting small businesses and artisanal food culture.”

“But to me, Phoenix is centrally located, so it’s easy for anyone to find my store. And they do, because I’m not far away from anybody,” Melodie explained.

All The Cheese You Need, In One Place

As a specialty cheese shop, The Oregon Cheese Cave offers cheeses from all over the world, with a focus on Oregon products.

“We’re not one of the biggest cheese-making states in the country, but there are quite a few cheeses made here. So it’s fun to highlight what we have,” said Melodie.

“Many Americans who can’t digest cow’s milk are convinced they can’t have cheese. So I introduce them to aged cheeses, goat’s or sheep’s milk cheese, and vegan cheese. There are many options!”

The Oregon Cheese Cave provides a variety of items, including gifts, custom platters, gift certificates, and of course, cheese education for everyone. They also offer beer and cider to pair with whichever cheese you buy.

Since opening The Oregon Cheese Cave, Melodie has received a wonderful amount of support from the community.

“People have always supported small businesses, but that increased dramatically because of the pandemic and after the wildfires,” she said.

Additionally, she believes Phoenix has the opportunity to rebuild and forge a new identity after the Almeda fire. “Phoenix is really finding itself; it wants to be Phoenix — not Ashland, Medford, or anything else.”

For Melodie, she fulfills her dream every day by introducing people to new flavors and experiences. “Bringing cheese to people is my calling, because everyone loves cheese!”